Why I Give: Barb and Fred Hansen 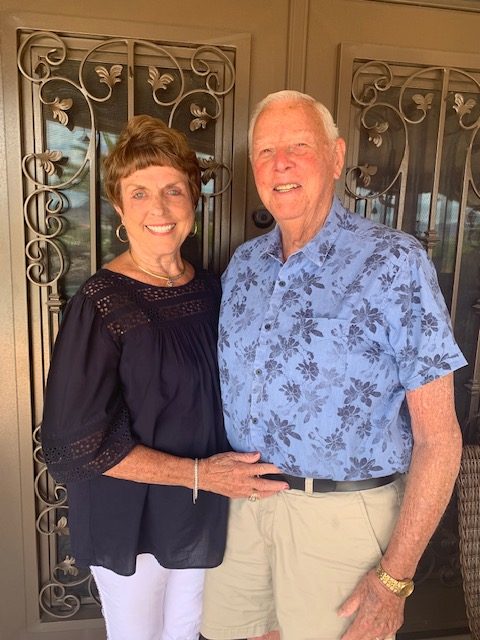 “You get back more than you give.”

The lessons Barb and Fred Hansen both learned about philanthropy at an early age have stayed with them throughout their lifetime – and the Fountain Hills community has benefitted from their generosity.

Barb attended meetings with her father when he was involved with United Cerebral Palsy as a young child. Fred was able to attend college on scholarships, something he didn’t realize someone with a blue color upbringing could do, with the help of his high school guidance counselor..

“So many people helped me along the way,” he said. “I wanted to help others.”

The Hansens give directly to the Fountain Hills Community Foundation, along with other organizations in the community, and know their donations help local nonprofits provide educational, cultural, and humanitarian services to children and families.

“I don’t want these things to fail,” Barb said. “I love this town and I have the utmost respect for the people that are donating their time.”

The couple also enjoys giving spontaneously to those they meet in the community, often when they’re dining out.

“You might be surprised if you wait on our table,” Fred said, with a grin.

Although both were very active as volunteers throughout the years, giving allows them to contribute now that they can’t physically do as much as they used to.

“I don’t have big money but I work, have social security and a retirement,” Barb said. I love to give, but I really love to surprise people. You get back more than you give”

The Hansens are originally from Michigan and met when Fred was Western Michigan University’s alumni director. Years later, after both had lost their spouses and Barb had moved to Arizona to be close to her daughter and new grandbaby, they reconnected. After a whirlwind romance and Las Vegas wedding, the two settled in Fountain Hills where they’ve been actively involved in the lives of their six children, 11 grandchildren, four great grandchildren and, of course, the Fountain Hills community.

“Fountain Hills has been good to us,” Fred said. “We love all the people we’ve worked with out here. We have been so blessed in each other, that we feel we need to share it.”