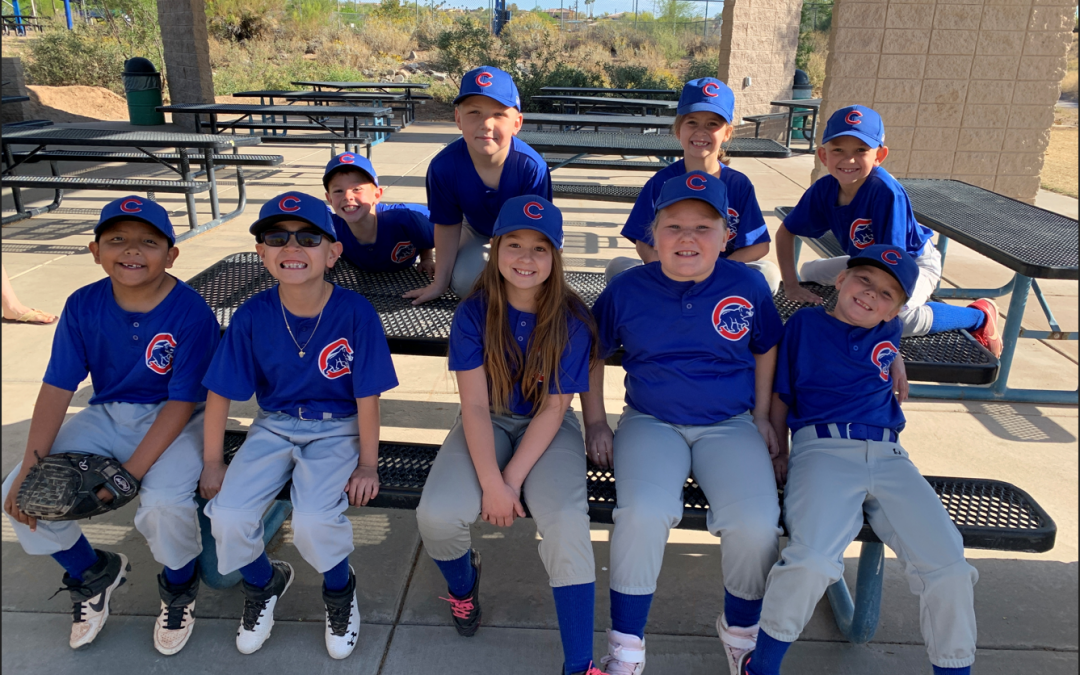 “I get the biggest thrill having my kids practice and play on the same fields that I played on,” board member Mike Pameditis said. “Arizona is such a transient state but the roots go deep in this organization.”

Mike said he found out about the FHCF grant opportunity from the soccer club and made a mental note to fill out an application on behalf of the Fountain Hills Little League organization when the 2021 Giving Season opened. They used the resulting $2,500 grant to cover the cost of post-season uniforms for the All-Star tournament, during which the most competitive players from Fountain Hills compete against players in neighboring towns. The Fountain Hills 10–11-year-old team was District Champions in 2016.

Parents pay a standardized fee of $150 whether their kids are playing t-ball or Major league. That fee covers the cost of supplies such as baseballs, catcher’s gear, and uniforms as well as a post-game dinner for each player and supplies to stock the Snack Shack. Participation costs in neighboring towns are as much as $350 or more.

“Cost is never a factor,” Mike said. “If the parents can’t afford it, the kids still play.”

The local non-profit organization is always looking for volunteers willing to coach, umpire, or work in the Snack Shack.

“This organization isn’t limited to participants,” Mike said. “We invite the community to participate. There are a lot of roles to fill.”

Individuals interested in volunteering can email Mike at mike.pameditis@yahoo.com. More information about the organization can be found at www.fhazll.org